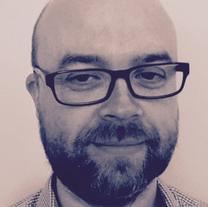 Easttree is managed by Chris Helm, a former Finance Director

with strong experience partnering with senior leaders in the music industry

and an unparalleled view of rights management within music and finance.

Chris now works with Start Up, Early Stage and

After gaining an Economics degree from York University, Chris set off for

Management Accountant. From there he made a move to Sony Music, where he qualified in CIMA and was made Head of Finance for the UK music label. He was then promoted to Director of Finance for  Sales, Operations and Corporate where he gained experience in direct negotiations of supplier agreements and commercial distribution contracts. Chris was then headhunted for the UK Finance Director position at EMI Music Publishing. At EMI he was also in charge of New Business Development and played a leading role in various global project installations.

Chris left EMI to pursue his own entrepreneurial ambitions of setting up his own consultancy business, He recently with PRSforMusic successfully delivering on 3 major projects whilst also seeding and raising investment for his own creative projects.

His most notable achievements since leaving EMI have been launching and raising the full SEIS investment for his own social network 'Inkvite', helping raise £4.5M for a leading UK charity. He also consults to a variety of music media startups as well as other fast growth companies in the commerce and food sector,

Whilst Chris has a passion for Music and Tech, he also loves Food and is proud to be working with the UK's premier Pizza venue 'Honest Crust' on their early-stage finance and operations strategy.